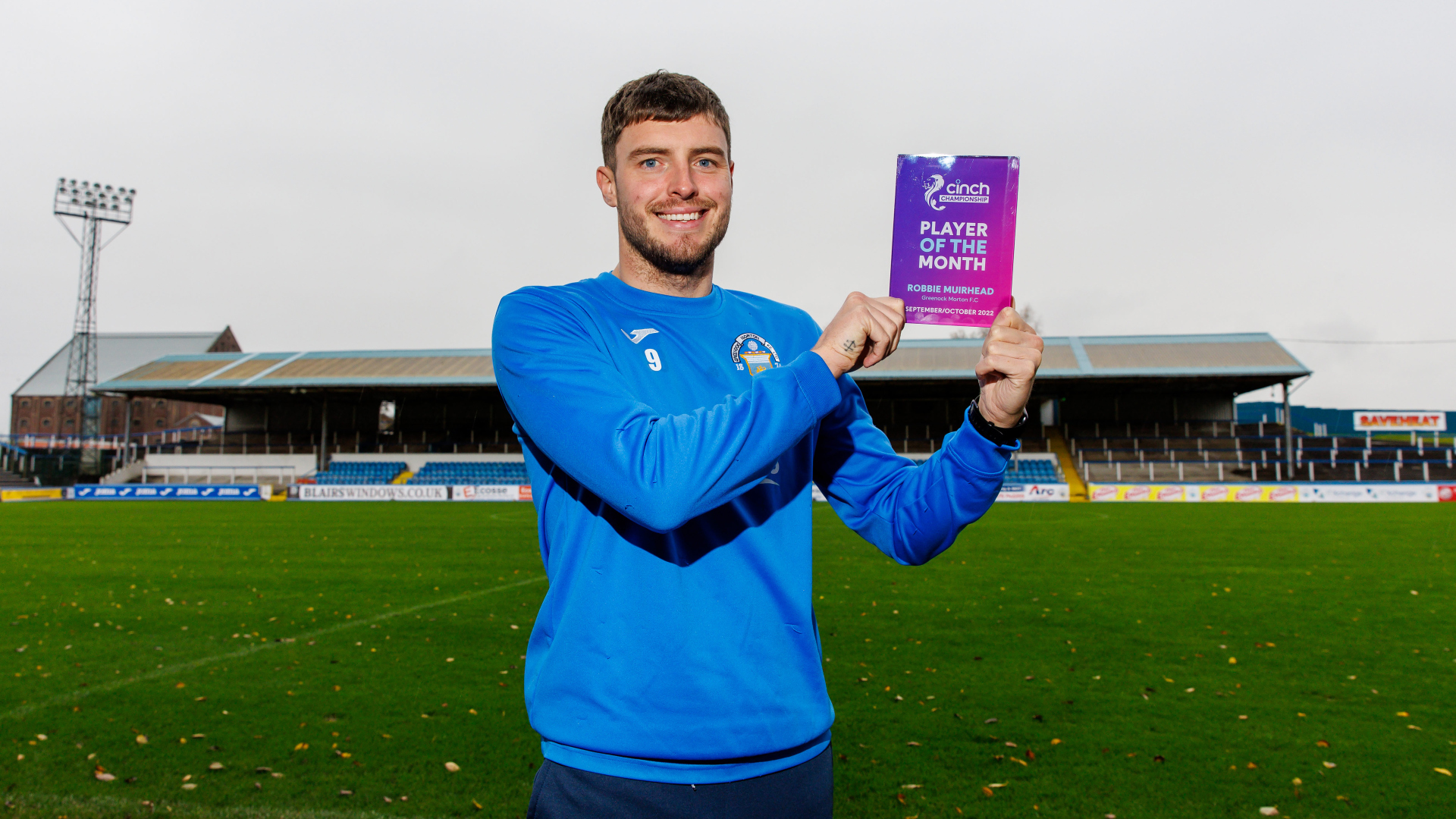 Robbie Muirhead has today been named cinch Championship Player of the Month for September/October 2022.

Across the last two months, Robbie has managed to grab 6 goals and 1 assist in 8 league games, putting him at joint third in the Championship scoring charts. A double in the 5-0 win against Hamilton helped secure our biggest result of the season with the pick of his goals coming against Partick Thistle where he scored an outstanding free kick.

Robbie’s award means it’s a double for Morton this month following the announcement of Dougie Imrie winning Manager of the Month yesterday afternoon.

This marks the first time in Robbie’s career that he has won a Player of the Month award and he had this to say on the announcement:

“I’m delighted to have won Player of the Month for September/October. This award tops off what has been a great period of the season for not only me but for the team as well. We have been on a good run recently, and that comes down to a team effort, so hopefully, we can continue our current form.”

Make sure to purchase your tickets for Saturday’s match and see the Player of the Month in action as we look to maintain our current unbeaten run.