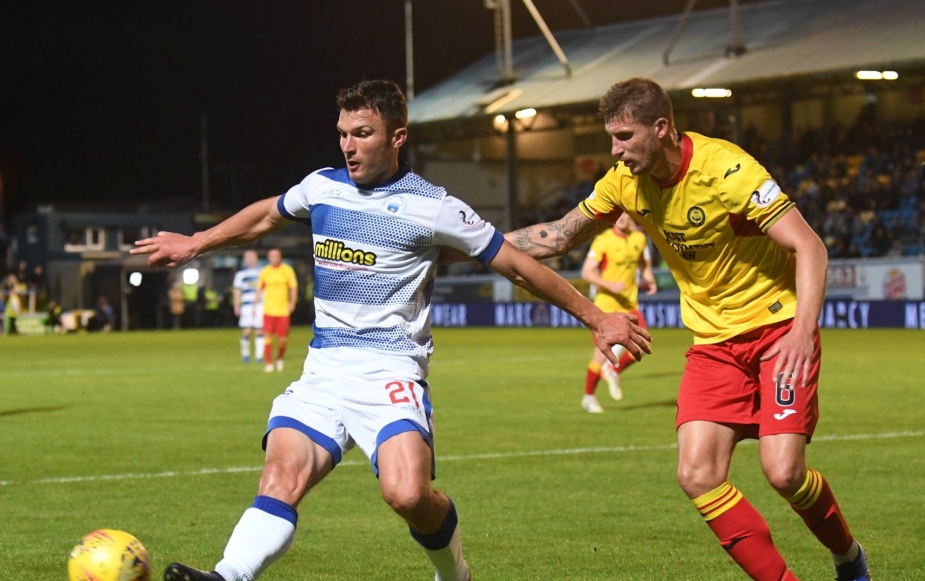 Greenock Morton Football Club are delighted to announce the signing of Sean McGinty until the end of the season.

The 26-year-old began his career working his way through the youth ranks at Charlton Athletic before moving to Manchester United where he experienced loan spells at Morecambe, Oxford United, Carlisle United and Tranmere Rovers.

Following his departure from the English Premiership side, the centre half has spent time at Sheffield United, Northampton Town, Rochdale, Halifax Town, Aldershot Town and Torquay United.

In 2018 McGinty moved north of the border signing for Partick Thistle where he made a total of 64 appearances during his time with the club and was made club captain at the beginning of this season.

Following his departure from the Jags this afternoon the defender was quick to put pen to paper at Cappielow this evening on a deal that expires in June.

The club would like to express it’s thanks to the board and members of Morton Club Together for their backing in ensuring that our latest signing gets over the line.