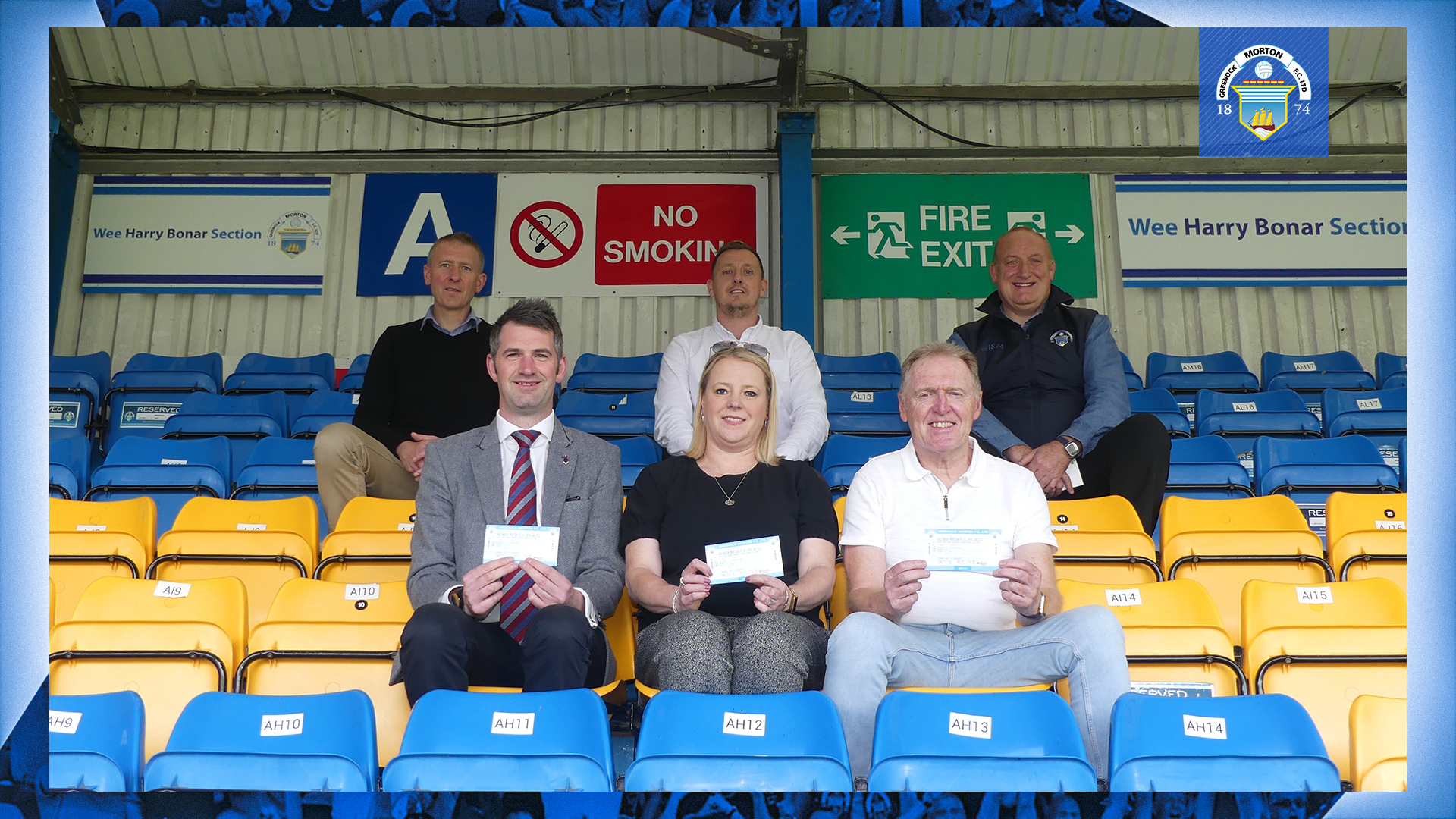 Following on from last week’s announcement of our new commercial partnership with Dalrada Technology UK, Greenock Morton are pleased to announce that section A of the Main Stand at Cappielow will be named in honour of Harry Bonar, the father of Dalrada Corporation’s Chairman and CEO, Brian Bonar.

Harry Bonar who was fondly known by his friends as “Wee Harry Bonar” lived on Belville St, Greenock and stayed there until he passed away.

A father of three, a proud grandfather of 11, and since passing now has 12 great-grandchildren. A small man who regarded family and friends as sacred, Harry was involved in many charitable endeavours and loved to give and not receive. His son, Brian, remembers the many Saturday afternoons going to Cappielow with his dad, brother Colin and brother inlaw George, where the highlight was half time, when the major treat was a greasy pie and a cup of hot Bovril. Wee Harry often told the family he regretted not being able to serve in the Army as he was needed at home to help build equipment for the forces. His wish would have been to honour those who did serve and it is the family’s hope that those who served will enjoy the game as a small thank you from the Bonar family for their service to our country.

As part of this announcement, we are delighted to say three charities have been initially identified to benefit from free tickets to home games at Cappielow Park, supported by Dalrada Technology UK.

Dalrada, the club, Morton Club Together and Greenock Morton Community Trust have worked to identify these charities. The selected charities who will benefit are: Moving On, Children in Poverty Inverclyde and SSAFA.

On the announcement, Morton Club Together Director, Sam Robinson said, “We are delighted that section A of the main Stand will be named in honour of Harry Bonar. Being able to give tickets to the these three charities will have a tremendous impact for a lot of people in the local community, and as a community owned club, this is hugely important to us all. We would like to thank Harry’s family for making this possible.”

Bill Bonar, the CEO of Dalrada Technologies UK added “In keeping with our grandfather wishes that it was better to give than receive, we are happy to be able to give back to the Inverclyde community a small token of our families thanks.”

We will distribute the tickets to deserving families identified by our contacts throughout Inverclyde. The first set of tickets were given to the Auchmountain Community Centre, who are very appreciative of them. These tickets will really bring “Big Smiles to Little Faces”.“

Bev Thow, from Moving On Inverclyde, added “Moving On Inverclyde provides a substance Recovery Service for individuals whilst supporting them to rebuild and restore relationships with themselves, their families, and their community.  Through the Community Ticket Scheme, it enables them to do this through a shared love of football in a recreational and social environment.  Thanks to Greenock Morton Football Club and Morton in the Community for this opportunity for our service users.”

David Black, from SSAFA, also added, “SSAFA the Armed Forces charity understands that behind every uniform is a person and we are here for that person – any time they need us, in any way they need us, for as long as they need us. The needs of our beneficiaries are constantly changing. So, we change with them and continue to provide support that maintains their dignity and independence. We will carry on adapting our services to make sure the people we support get the help that they need – now and in the future.  We will be distributing tickets from the scheme to veterans and their families and look forward to cheering on The Ton.”