Shankland: It hit my arm but it wasn’t handball

Lawrence Shankland has admitted that the ball did hit his hand before he put it into the net against Falkirk – but is insistent that it was accidental and that his strike should have stood.

Morton were leading 1-0 thanks to a Thomas O’Ware header when striker Shankland pounced on Aidan Nesbitt’s deflected shot to send the ball between the sticks and seemingly double his side’s advantage.

Referee Greg Aitken, though, adjudged the Aberdeen loanee to have controlled with his arm, and although he confessed it may have clipped his elbow, Shankland was adamant it was not a handball and shouldn’t have been chalked off.

Speaking exclusively to gmfc.net, he said: “I just remember the ball bouncing out to Nizzy and he had a shot. There was a boy on the six-yard line and it bounced off him; I was about a yard away and it ricocheted up and hit me.

“It hit my stomach and then up and onto a wee bit of my arm – but I thought it was harsh. I couldn’t do anything about it and my arm was in the position it should have been.

“It’s not as if I put my hand out towards it to handball it to control it – it has just hit off me and dropped down. I don’t think it should have been disallowed.

“It would have put us in a good position in the match as well and personally, as a striker, you’re always wanting to score goals and it’s annoying when one gets chopped off, but it’s football, it happens.

“The referee said: ‘It was handball and it dropped right to you.’ I didn’t want to argue with him and just let it be. At the end of the day, he’s made the decision and isn’t going to change his mind.

“There’s no point arguing. He’s not going to give a goal after disallowing it, so you have to just let it go and hopefully get another goal on Saturday.”

Morton travel to Tannadice to take on second-placed Dundee United in a top-four Ladbrokes Championship clash at the weekend, and the 21-year-old is excited at the prospect of facing the Tangerines.

He added: “It’s always a difficult game against Dundee United. They’re a good team and they’ve just came off a good result against Queen of the South.

“And going away to play them at Tannadice makes it tougher too – but it’s a game that all the boys are looking forward to. It’s a team round about us and probably viewed as one of the bigger games in the league. It’s the kind of games you look forward to.

“Personally, it’s been a bit frustrating for me, a bit stop-start, in recent weeks because I’ve been in and out with me being cup-tied for the Falkirk and Rangers matches. But there’s a wee run of games that I’ll hopefully be involved in and keep myself in the team.” 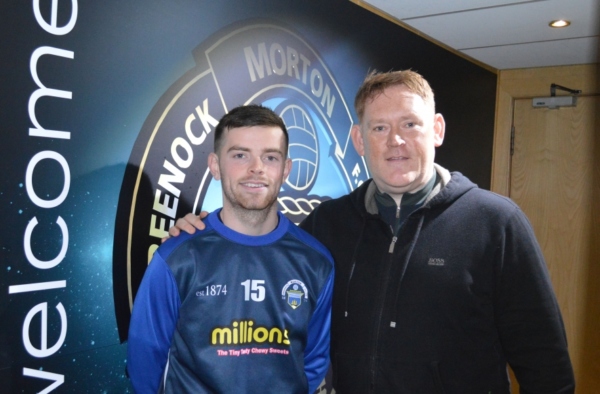