The 17-year-old youth academy graduate was part of the Under-20s squad that won Development League West and has made two starts and eight substitute appearances for the Ton reserves this term.

Manager Jonatan Johansson said: “We have loaned Shaun Rodgers to Albion Rovers. Shaun will benefit from playing in a competitive environment and come back to us a better player I am sure.

“I believe spending time out on loan to be an important part of a youngster’s development and there will be other players following suit in this window.”

Meanwhile, left-back Lewis Strapp and midfielder Ruaridh Langan’s loan deals with Annan Athletic expired on 1 January and both have returned to the club.

Duffy: Ton were below Par against Dunfermline 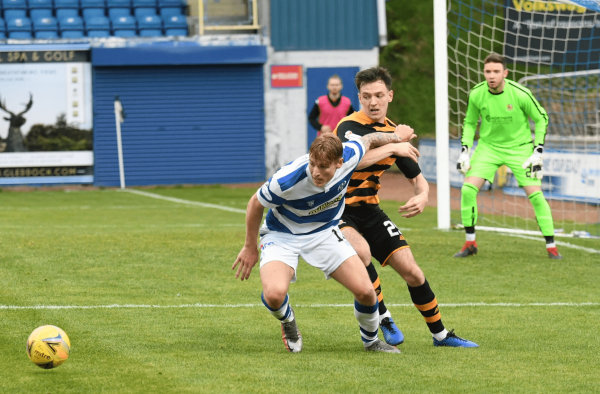