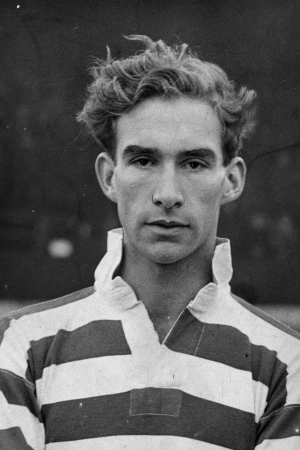 Tommy Orr was the last of our automatic inductions in 2015, joining team-mates Jimmy Cowan and Billy Campbell in the Hall of Fame.

The inside-forward signed for the club in 1941 and like Campbell, featured for Morton in war-time competitions in seasons 1941-42 and ’43-44, including the 1942 Southern League Cup Final defeat to Rangers. Orr was then called up for military duties in 1944, returning to Morton in 1947 where he would stay until his retirement in 1958.

Orr’s first season in the recently reconvened Scottish football calendar saw him renew his acquaintance with Billy Campbell, and along with Cowan they led Morton to the Scottish Cup Final in 1948 where they would lose to Rangers after a replay. The forward wasn’t to be denied a winner’s medal though, helping his side to the Division B title two seasons later.

Like team-mates Cowan and Campbell, Tommy Orr also gained international recognition for his performances at Morton, marking his debut in Northern Ireland in October 1951 with a goal; his only other cap came just over a month later in a defeat to Wales.